The trouble with being me is that I prefer to be alone; I am a jaded misanthrope and an irrepressible cynic. However, my wit, humor and charm usually lead me to spontaneously form small, close-knit groups of like-minded people who tend to really like me for who and what I am. It never fails and it’s rather frustrating sometimes, given my disdain for the human race and human nature as a whole. However this ongoing experience has taught me one thing and that is that the human race is surprisingly tolerable, in very small doses from time to time. In other words, it’s hard to be a misanthrope when you have a rather large fan club.
Posted by Christopher T. Shields at 8:11 PM

Email ThisBlogThis!Share to TwitterShare to FacebookShare to Pinterest
Labels: Musings 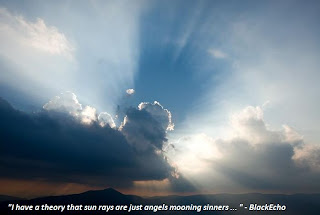 Email ThisBlogThis!Share to TwitterShare to FacebookShare to Pinterest
Labels: Life in general, Musings

Mystery Toy from the early '70's

Thanks to some diligence, I found the name of the toy that I'd long to find out the details on: it is the Schaper U-Fly-It Aircraft Carrier Play Set which was different than the Airfix Flight Deck toy (see far below) in that the Schaper kit includes a massive model / flight deck of the USS Enterprise (then America's greatest / most powerful nuclear-powered aircraft carrier), circa 1974.

I was 5 years old when I saw this toy, I never saw it ever again and the memory of it has haunted my brain for 45 years now.  There were times that I honestly believed that I had somehow imagined this toy and that it only existed as some unfortunate high-speed memory collision of two or three dissimilar childhood memories but no! 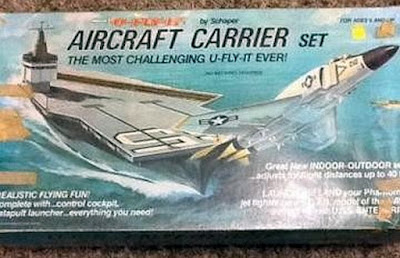 Schaper was the company that brought kids such great toys as "Cooties" (snap together multi-color bugs), "Ants in your Pants!" (a game where you pressed down on plastic ant pieces and the "ants" snapped into the air to (occasionally) land in a bucket that looked like a set of overalls and the awesome STOMPER 4x4s! 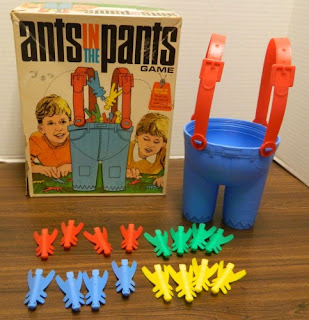 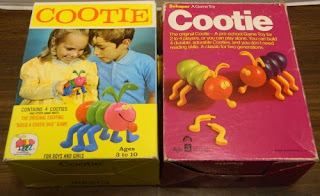 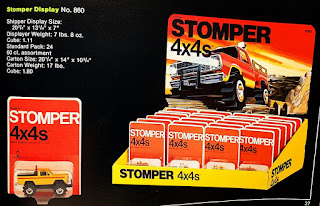 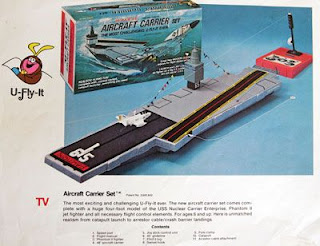 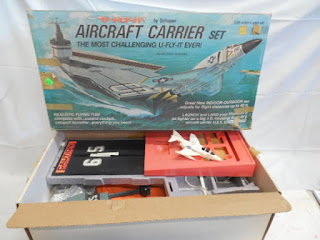 I remember a toy from a long time ago ... I don't know who made it but it was available sometime in the early 1970's and if I had to narrow it down I'd say that I remember it from 1973 to 1974. As toys go it was an awesome toy and my next door neighbor had one (though I never did). I'll tell you what I know (or rather remember) about it ... (and this is from a memory drawn on almost 4 decades ago). The toy in question was an aircraft carrier, a huge one, made out of pressed foam or Styrofoam or some similar material. I remember it being a modern (at that time) aircraft carrier and somewhat detailed. It may have been the USS Enterprise since that nuclear powered carrier was a big media queen back then. It didn't hurt that the Vietnam War was still going strong so there was a big market for military toys.

The toy I remember was a giant aircraft carrier, maybe four to five feet in length and it had a single F4 Phantom jet which you controlled to fly off the carrier deck on a guide / control line and return to land on the deck via the same line. The end of the lines were secured either to the ground with stakes or maybe some kind of tower you set up. I've searched the Internet for years to find any information on this and I've not been able to. Maybe it was made by Ideal ... or Mattel but I can't find any info on toys by those companies that match and no, it wasn't the Mattel "Flying Aces" aircraft carrier either.

So, if you know what this toy was called, who made it, if you've got pics of it or you once had it then drop me a line and let me know. It's worth nothing more than a shared memory and maybe some email correspondence from someone else old enough to remember when toys were powered by imagination rather than disposable batteries.

On your blog entry (about the mystery toy) could it be the Airfix Flight Deck, http://www.stuffwelove.co.uk/flightdeck.htm that you are thinking of?  I wasn't old enough to see one myself but saw it on James May's Top Toys (UK tv programme).

Thanks for the lead, David.  That could be the toy I was thinking about but I swear that it took off and landed on a three to five foot long styrofoam aircraft carrier ... maybe that was an American version of the toy ... at least I'm closer to finding an answer with a new direction to explore.
Posted by Christopher T. Shields at 8:31 PM