I am the ape-man 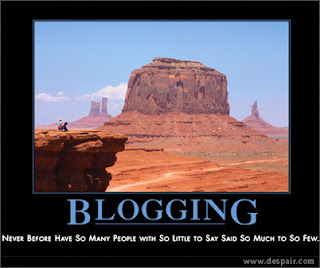 You see, I'm 42 years old (near enough to the truth) and I really don't have much to say to anyone. To pull a lyric from one of my favorite bands, The Drive-By Truckers; "ain't got no message for the youth of America." No, I made it this far on my own and if you're anything like me then I'm sure you'll do fine in finding your own way as well. If not, shrug my shoulders, the truth is that you're disposable, everybody is, and there are plenty more coming up from behind you to take your place.

Life is a wave, a big forward rushing tsunami of learning and experience and joy and grief and the key is that you have to ride it all the way to the end. If you wipe out ... chances are your ride's over so wax up your board and hang ten because that's all that anyone is going to give you ... at best, so take it for what it's worth and hold on to it with both hands. Tight.

I am the ape-man.
I am the walrus.
Coo-coo-ca-choo.

So what does a jaded misanthrope do with a blog? My guess is that I do what the ape-man learned to do ... I pick it up and bash the brains of my fellow ape-men out with it and in doing so I somehow become better than them ... and survive to breed and spread my superior genes on to the next generation. Oops, it seems I've already done that, twice, with the same woman that I've been married to now for ... God ... coming up on sixteen years. Knew her for almost three years before that so that means that I have been in a monogamous relationship, a stable marriage, a loving, family based unity for almost the better part of two decades now (or almost half of my life).

"I hate mankind, for I think myself one of the best of them, and I know how bad I am." ~Joseph Baretti

Yep. That pretty much sums up my outlook on the human race. So, if there's hope for the human race, and there's hope for me ... Hell, I'm not an ape-man; I'm an anachronism ... a dusty old American artifact powered by an outdated code of honor and a pseudo-ridiculous belief system from an era that is long gone and forgotten. An era when things weren't disposable, when life was sacred, when you didn't push a button to get what you want, when you waited for the good stuff in life and worked hard for it rather than pitch a fit when it wasn't given to you and when life didn't change every damn day. It was an era when bad was punished, good was rewarded, phones were phones and music was music and things meant ... something or at least they meant something that lasted and could be counted on.

So I have a blog.

Apparently I've had a blog since 2005 ... I just forgot that I had it mainly because I really didn't have much to say. Imagine my surprise when I found a link to my blog, blew the dust off of it and saw the date stamp. I think I must have had the same expression that George Taylor had in that scene from Planet of the Apes when he reads the ship time chronometer and finds out that so many years have passed.

It's been almost six years since I last did a blog.

So much has happened in that time.

So much has changed.

One thing I'm not going to do is get on here and murder a bunch of "1" and "0" bytes by whining about how my life sucks or something isn't fair. I don't think that I ever went through any kind of phase like that in my life mainly because I came from pretty hardy stock. I'm more a stoic than an Epicurean though I do like me some delights every now and then. Leisure, I've found out the hard way, is a corrosive that etches away the structure of discipline. Leisure is a trap.

The Spartans had it right. It's a good bet that no Spartan ever drowned in pop culture.

So, with all that said, I'm going to post here things that are important to me. I'm not going to post things that are important to the world, things like that pseudo-religious gobbly gook called "global warming" or any green issues because I just don't care. I stopped being active, an activist, if I ever was one, a long time ago and now I'm just content to watch all the idiots thunder by on their useless crusade. No. From now on, it's all about me and if you want to ride along then be my guest ... here's your ticket. Find a seat because the show's about to start.

When the ape-man touched the Monolith, he was changed forever into a different creature. I'm not sure that a blog will or won't change me ... or you. Time, and critics, but more so time, will tell.

Maybe I'm reading this all wrong.

Maybe stuff that I post here won't change me but it just might change others. I know from all the thousands of emails that I've received over the years that my website has changed the lives of others ... in fact, my websites have awakened quite a few ape-men and made them walk upright again.

The truth is that I never intended my websites to do that but if they did, well, maybe that's something more than the next person has done for the world. Maybe if I just keep on doing what I've always done then this blog will turn out all right and if someone, out there, some where, some when, reads something on here or my websites that makes them rethink their self or makes them take a new look at life then ... good.

But I'm drawn back to that nagging question.

If I'm not changing because of what I post but people who read what I post, what I create sometimes change then what does that make me? Some kind of catalyst for change?

If I'm a catalyst for change then that must mean ... 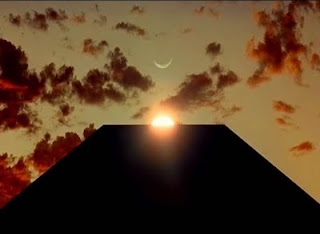 I'm not the ape-man.
I'm not the walrus.
I am the Monolith.
Coo-coo-ca-choo.

Posted by Christopher T. Shields at 10:38 AM